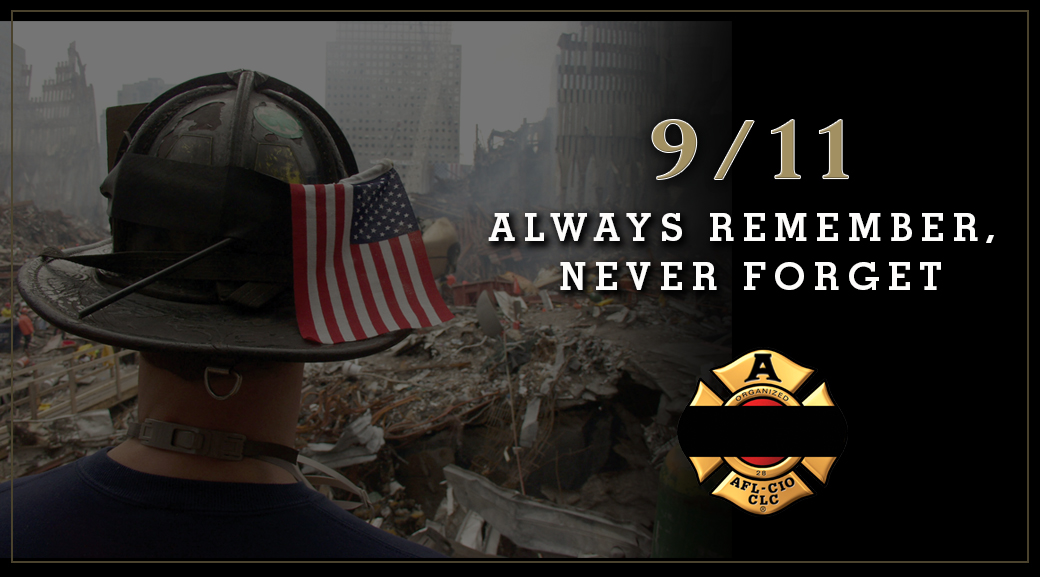 On this 17th anniversary of the attacks on 9/11/01, we take time to remember those who died that day, including 343 New York City Fire Department (FDNY) Firefighters, as well as 23 New York Police Department Officers and 37 Officers of The Port Authority of New York & New Jersey. Since 9/11/01, more than 150 firefighters have died due to exposure to the toxic dust from the collapsed buildings, thousands more are still suffering from the exposures. On that day, citizens from 90 countries around the world died, ranging in age from 2 to 85 years old. Soon after #Flight77 crashed in the #Pentagon, your #IAFF2068#FairfaxFirefighters responded, both as members of Fairfax County Fire and Rescue Department and Virginia Task Force 1 Urban Search and Rescue. Please keep all those affected by this tragedy in your thoughts and prayer. #neverforget #September11 #FDNY #NYPD #WTC #ShanksvillePA #Flight11 #Flight175 #Flight93 #ThreeHundredFortyThree #343

Thursday, 06 February 2020 At least 140 Firefighters & EMTs Commited Suicide in 2019 Across the USA
Tuesday, 21 January 2020 The 9/11 Promise Scholarship Program for Children of First Responders and Military
Monday, 13 January 2020 Local 2068 Fighting to Improve Cancer Presumption for all Virginia Firefighters
You are now being logged in using your Facebook credentials