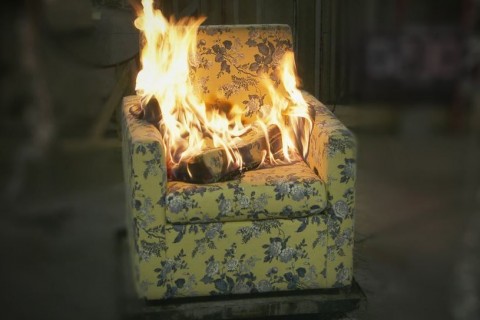 IAFF NEWS - After a sustained campaign by the IAFF, and pursuant to passage of the Frank R. Lautenberg Chemical Safety for the 21st Century Act, the Environmental Protection Agency (EPA) announced it will study the potential risks of certain flame retardants to human health and the environment.

Specifically, the EPA will include flame retardants in the Cyclic Aliphatic Bromide Cluster as one of the first 10 chemicals reviewed pursuant to the Act. This follows a strenuous lobbying campaign by the IAFF and its friends in Congress urging the EPA to study flame retardants and their impact on fire fighters. The EPA had already begun studying these chemicals, and had preliminary data indicating that they may be hazardous to human health.

IAFF members are well aware of the dangers posed by toxic flame retardants. These chemicals, widely used in products such as household furniture, textiles and electronic equipment, pose a significant threat to fire fighter health, including potentially contributing to cancer. These dangers have prompted many states, led in large part by state and local IAFF leaders, to restrict their use or require products using these chemicals be subject to labeling or other reporting requirements.

The IAFF also worked diligently to help ensure the ability of the federal government to regulate dangerous flame retardants while protecting the ability of states to act on their own. The Chemical Safety Act gave the EPA the authority to require safety reviews of all chemicals in the marketplace, but stipulates that the first 10 chemicals studied would not be subject to certain preemption requirements in the bill. By naming the Cyclic Aliphatic Bromide Cluster to the list of first 10 chemicals, states will retain the ability to regulate these dangerous substances while also allowing the federal government to move forward with its studies.

The IAFF will continue working with the EPA, the new administration and allies in Congress to reduce the risk of health impacts from toxic flame retardants on fire fighters.